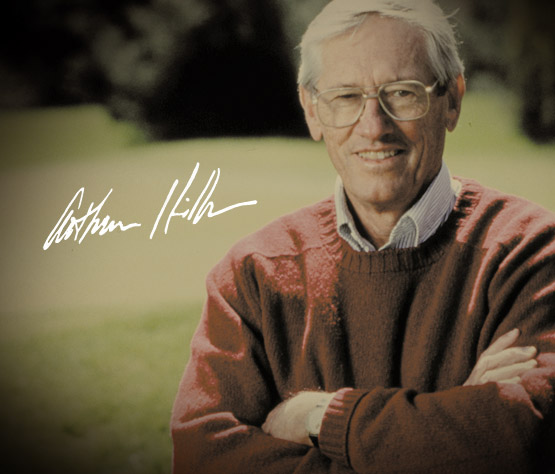 Since 1966, Arthur Hills has delivered hundreds of award-winning designs to golfers all over the world. With more than 190 original designs and 120 renovation projects, Arthur Hills has become one of the most respected and admired golf course architects in the modern era.

Hills’ renovations include renowned clubs such as Oakmont, Inverness and Oakland Hills, and his original creations have graced Golf Digest’s Top 100 list, won Golf Digest’s Best New Public and Best New Private Course awards, and his ‘Top State’ and ‘Best in Class’ rankings are too numerous to list here.

Not surprisingly, fifty of his designs have been chosen to host prestigious tournaments and events on the PGA, LPGA, Senior PGA, and European PGA Tours, in addition to USGA Championships, collegiate championships, mini-tour events and nationally televised made-for-TV events like the annual Skins Game at Bighorn Golf Club and Shell’s ‘Wonderful World of Golf’ match play event played at both Bay Harbour (ranked the 8th Best Public Golf Course in the United States by GOLF Magazine) and Longaberger Golf Club.

Of all the awards and accolades bestowed upon Arthur Hills’ designs however, perhaps the greatest testament to his broad and enduring appeal occurred rather quietly, when, in the only poll of its kind conducted in the mid 1990s, 535 course rating panelists for Golf Digest Magazine selected Arthur Hills as one of the Top Five “Favorite Present-Day Architects.”

In addition to Waverly Woods, Arthur Hills collaborated with his son Joe and partner Tom Healy on Blue Mash in Montgomery County, as well as Chicago Highlands, an amenity-laden family country club located in the western suburbs of Chicago. Follow this link to learn more about Arthur Hills and Associates.